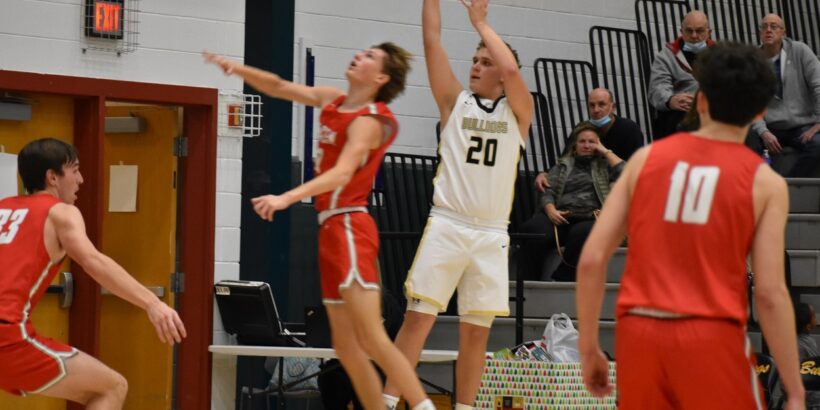 Tuesday night McLean led the host Westfield Bulldogs after one quarter, 10-9. Then senior guard Will Vetter and the Bulldogs offense warmed up.

Vetter poured in 24 points off 10-19 shooting from the field, and Westfield erupted for 40 total second and third quarter points to blow by the Highlanders, 61-45, in a non-district clash.

It was a rare November home game for the Westfield boys, who in most seasons are still watching their football team battle for a state crown this time of year. This season, however, with the roster already complete, the Bulldogs might be able to play better, earlier.

“In my 18 years it’s the first time we’ve ever played a game in November,” said Westfield coach Doug Ewell. “It’s a different feeling, but we’re excited to be playing.”

The Bulldogs definitely kicked their game up a notch after a quarter. Their defensive intensity frustrated McLean, and the Highlanders were forced to call a timeout with 4:46 left in the first half, after Bulldogs junior guard Austin Trought found sophomore forward Michael Manser for a bucket to a cap a 9-2 run.

McLean stemmed the tide for a while, but soon Vetter and Westfield got hot again to take a ten-point lead at halftime, 29-19. Westfield was able to extend the lead to 49-31 after three quarters, essentially putting the game away.

When asked if his backcourt can continue to produce like they did on this evening, Ewell seemed optimistic.

“We hope so, we’re young in some of our guard spots, but they’re fun to be around and so they’re going to make some up-and-down mistakes, but that’s okay.”

The game was McLean’s season-opener as well and there were bright spots for the Highlanders. Junior guard Daniel Fimbres showed a great mid-range jumper and had 18 points on efficient shooting. Sophomore Isaac Bell was efficient as well off the bench, contributing seven points on flawless shooting.