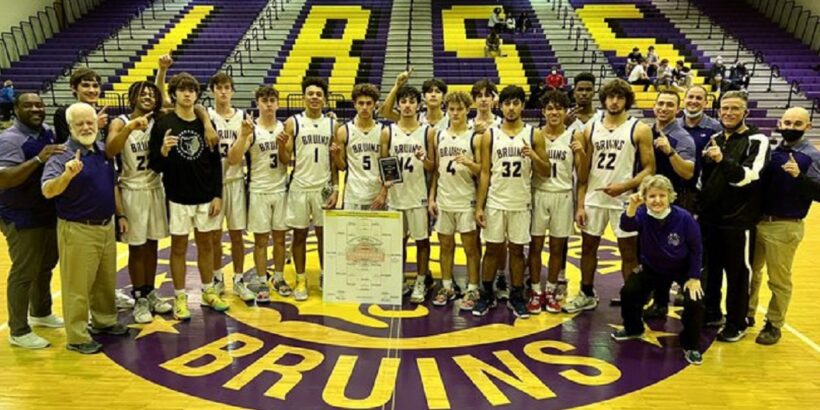 Eight players scored for the host Bruins (9-0), who only led by a point at halftime, 38-37. Seigle and Via upped their game at that point, with Via getting to the line seven times after halftime and Seigle delivering three of his four three-pointers. Both players were named to the All-Tournament Team, with Via Most Valuable Player. The pair averaged almost 40 points per game combined in the three Bruins victories in the tourney.