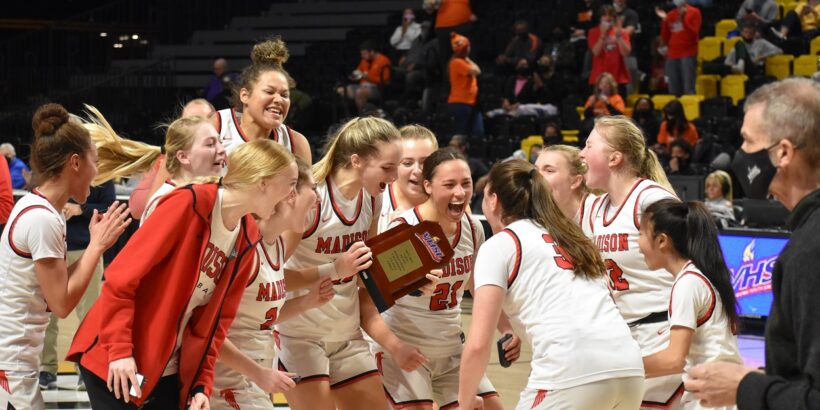 Many people thought Madison winning its third straight Class 6 was inevitable. Many people were right.

On Friday afternoon at Siegel Center it was Madison’s defense that won the day, as the Warhawks held Osbourn Park to under 28% shooting from the field. Meanwhile, the Warhawks got just enough offense to win, 38-29.

“Our defense has always been our number one focus,” said Madison senior Alayna Arnolie.

It’s no surprise the game turned out to be low-scoring affair. Both teams held opponents to an average of about 32 points per game this season, among the leaders in Northern Virginia.

“We focus a lot on defense in practice,” said senior forward Mia Chapman. “Playing defense is fun…getting blocks and steals and turnovers leads to easier offense.”

“Even though this is the third [championship], this was our first time experiencing coming to VCU,” Madison coach Kirsten Stone said. “They [the Warhawks] were nervous [early], it was still our first time.”

The Arnolies said they weren’t worried about not doing their customary offensive damage by halftime.

“We have a team mentality, and we know that other girls can score,” said Grace.

Grace still got things going in the third quarter offensively, scoring eight points off two threes and a bucket inside the arc. Osbourn Park senior guard Hailey Kellogg also got things going, scoring seven points in the quarter, but after three the Yellow Jackets still trailed, 29-17.

Osbourn Park shaved the deficit to seven points in the fourth quarter, but could get no closer. In a low-scoring tough game, the Jackets were outmatched in the paint. Madison outrebounded Osbourn Park, and also protected the basket down low with 10 blocks. Chapman had three, as did fellow senior Kiera Kohler.

“They’re a three-point shooting team and we held them to two [three-pointers],” said Osbourn Park coach Chrissy Kelly. “But that might have hurt in the paint.”

Grace Arnolie ended up leading the Warhawks (27-2) with 11 points, while Chapman finished with ten. Kellogg led the Yellow Jackets (26-2) with 15 points. Both of Osbourn Park’s losses this year were to Madison. 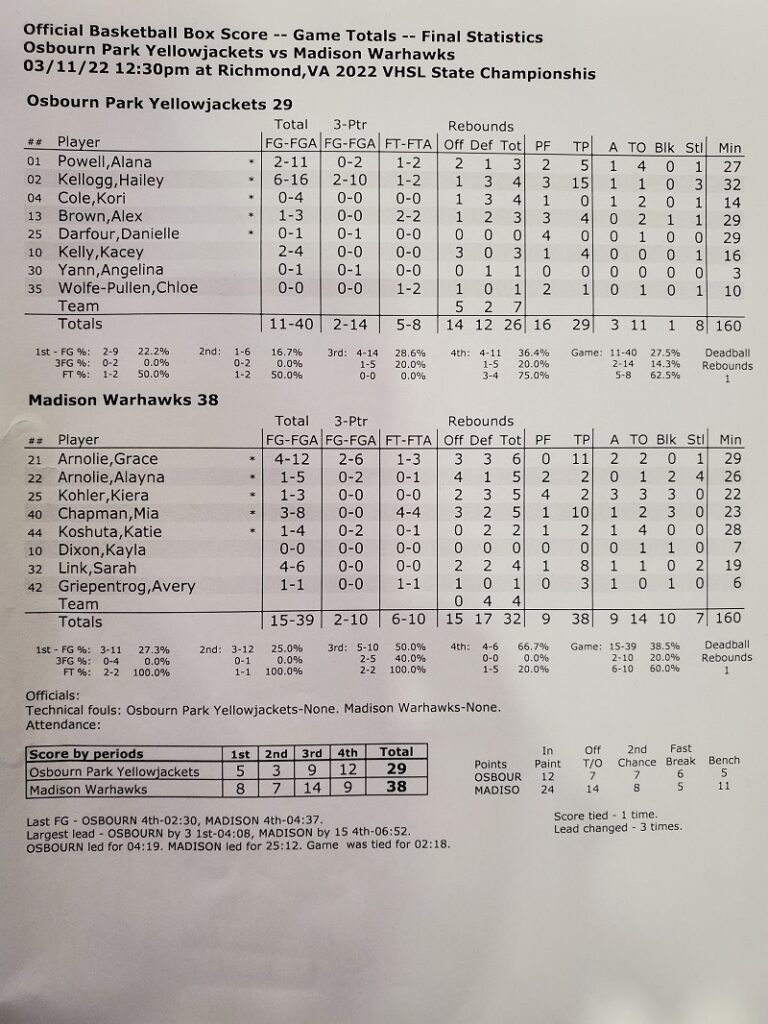