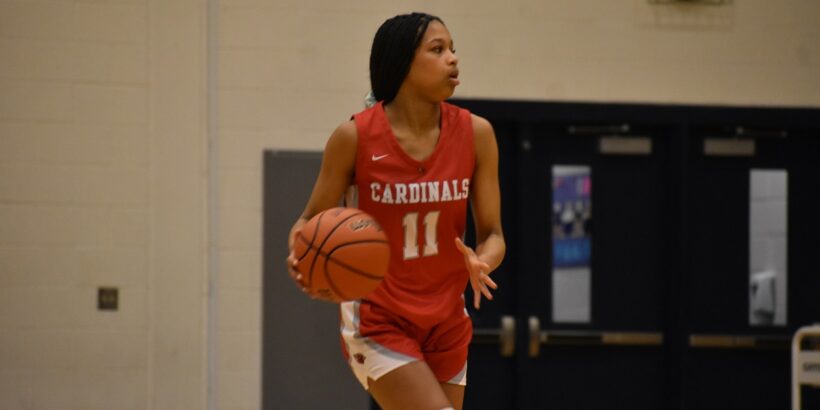 Madison McKenzie is making a name for herself out at Gainesville with her stellar play.
Share List

Our Girls Player of the Week for January 15th through January 21st is Madison McKenzie of Gainesville.

The Cardinals had a good week last week, outscoring opponents by an average margin of about 45 points (to include a win over ranked Patriot). While Gainesville had a number of solid individual performances, McKenzie stood out.

The dynamic junior guard, who can score in a number of ways, averaged 21.5 ppg, 6 rpg, 4 spg, and 3.5 apg. She’s versatile, but her three-point shooting is really making next-level coaches take notice of her–McKenzie is among the leaders in Prince William County from long range.

Congrats to Madison and the Cardinals!