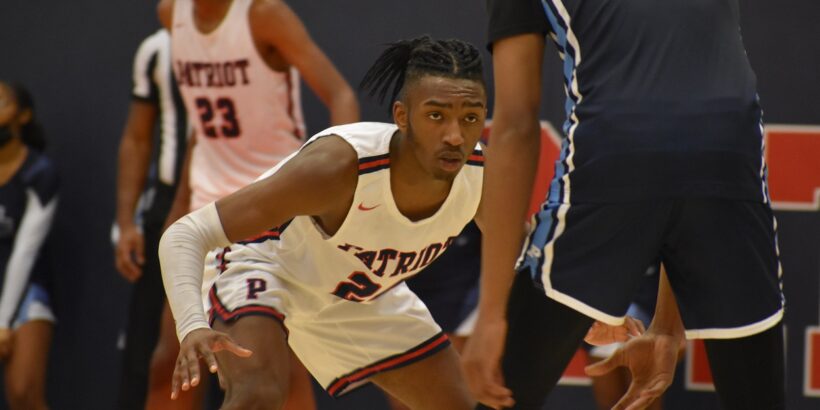 Sure, Jay Randall can score inside and out, but he's also a defensive stopper and does good work on the boards.
Share List

Our Boys Player of the Week for January 15th through January 21st is Jay Randall of Patriot. On a team chock full of stars worthy of this honor virtually every week, Randall still managed to stand out to us last week with his play.

If you look at Randall’s stats from the last three Patriot wins, the thing that jumps out at you is his ability to fill up the stat sheet in a multitude of ways. The senior led his team in scoring for two weekday Cedar Run contests, but also added eight rebounds and five assists in one of those games.

Then on Saturday in an overtime victory against Largo (MD), Randall had 14 points, seven rebounds, and four steals.

A tall guy who can defend the perimeter as well as the post and play virtually any position, Randall is a valuable Swiss Army Knife is Coach Sherman Rivers’ toolbox.

Congrats to Jay and the Pioneers!