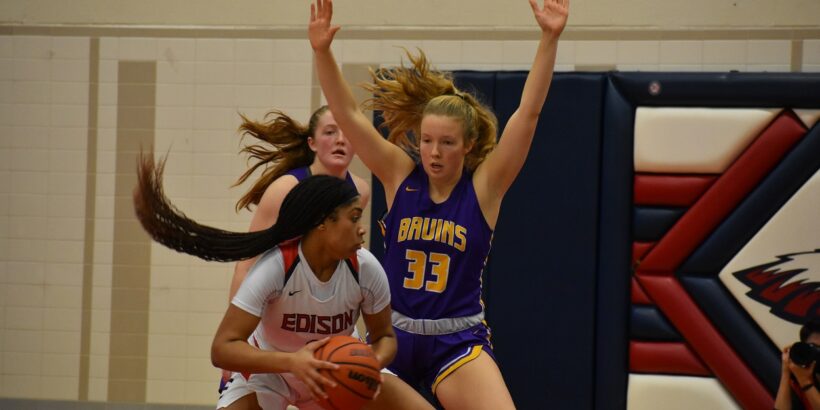 On Monday night in their season-opener, the #12 Lake Braddock Bruins held #7 Edison to under 20% shooting from the field en route to an impressive 52-30 road win.

While the defense was good all night, the Braddock offense was slow to get going as Edison took a 9-7 lead after a quarter. But then Reed’s team started to heat up in the second and third quarters, scoring 18 points in each to build a 43-22 lead. Lake Braddock’s deep bench contributed, and the bigger and stronger Bruins started to bully their way to the basket.

“We got really big lifts off the bench from Emily Soos in the second quarter and Allie Castle in the third quarter,” Reed said. “Our practices have been really physical and competitive, which I think helped us prepare for the intensity of that environment.”

The Bruins were also buoyed by senior Riley Drumm, who buried three treys and paced a balanced offense with 17 points.

“When Riley Drumm is that aggressive on offense and defense, good things happen,” Reed said. “She was awesome tonight.”