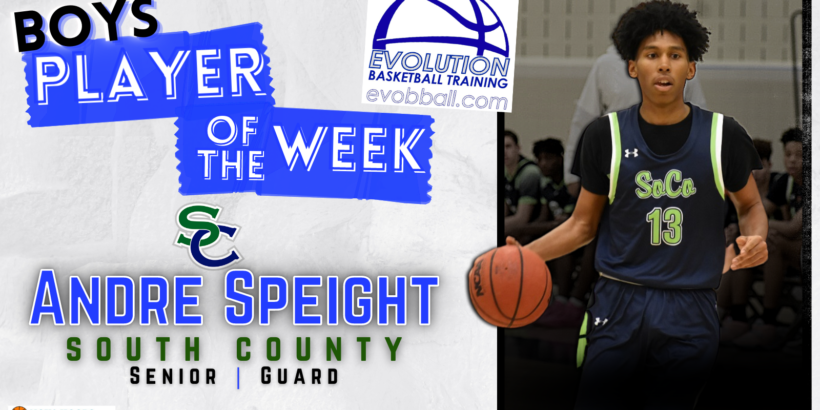 Andre Speight is a Division I-caliber guard who scores, can handle the ball, and defend at a high level.
Share List

The Boys Player of the Week for January 24th to January 30th sponsored by Evolution Basketball Training is guard Andre Speight of South County.

Speight scored a total of 53 points in wins over Fairfax and Robinson, but the Mt. St. Mary’s commit made his most important contribution Friday night against Lake Braddock. The senior hit the game-winning shot in that contest with 2.5 seconds left to give the Stallions an 89-87 victory.

Speight, who has really asserted himself with spectacular play the last few weeks, was named Patriot District Player of the Year after the Braddock game.

Congrats to Andre and the Stallions!