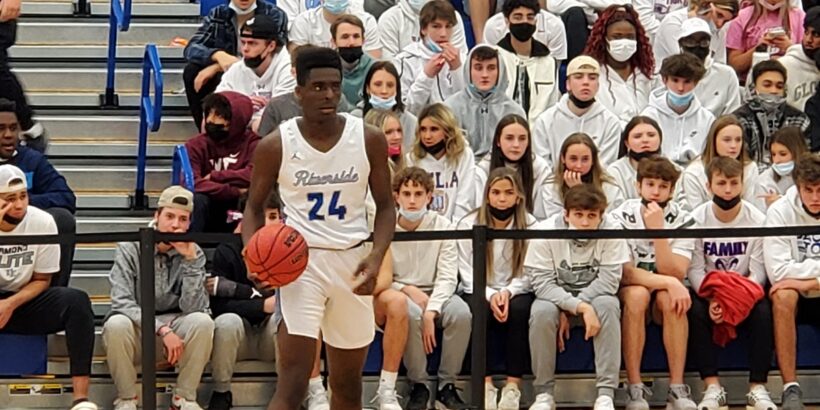 The contest was fairly close until Koscinski caught fire early in the third quarter. The Messiah College commit’s long-range prowess helped expand the host Rams lead to 47-32, and then to 59-39 by the end of the third.

He had a lot of help. Ten Rams scored on the night, while eight Riverside players registered assists. Senior forward Jamie Ntiamoah had 14 points and helped the Rams outrebound the visiting Falcons by 15. Junior forward Jaden Frazier scored all of his 11 points in the first half, and then looked for his teammates in the second with three assists. Senior guard Tyler Carlton had eight points, five boards, and five assists off the bench.

Briar Woods (10-12) outscored Riverside 23-12 in the fourth quarter to make the game a little closer, but the Falcons’ season still ended in disappointing fashion. Senior guard Brayden Fetterman led his team with 13 points, while senior Zachary Ellis added 10 points off the bench.

The Rams (13-10) advance to play top-seeded Potomac Falls on Wednesday in the semifinals of the tournament.