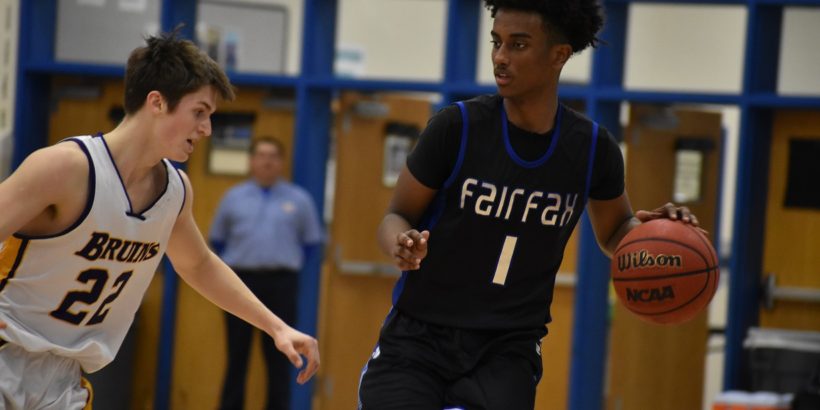 The offense was consistent and sufficient for Fairfax, but it was its defense and rebounding that won the day. The Rebels held Lake Braddock’s high-powered offense to 7-50 shooting from three-point range and limited the Bruins’ second chances, winning the rebounding battle 49-34.

“If Lake Braddock hits 20 threes, you know they’re going to win,” coach Mike Barbee said after the game. “You just have to do the best you can against them at the arc, but you absolutely have to limit turnovers and get on the boards. They’re a sneaky-good rebounding team and you can’t lose that battle against them.”

The Rebels are hot, having won six of their last seven games. Their last two losses have come against top-seeded South County, who they will take on in the Patriot Tournament Final on Friday. The Rebels will have the advantage of playing at home, as they did last night.

Juniors Quentin James and Sam Grable led the way for Lake Braddock, with James scoring 16 and Grable 12. While eliminated from the district tourney, the Bruins have already qualified for the regional tournament next week.