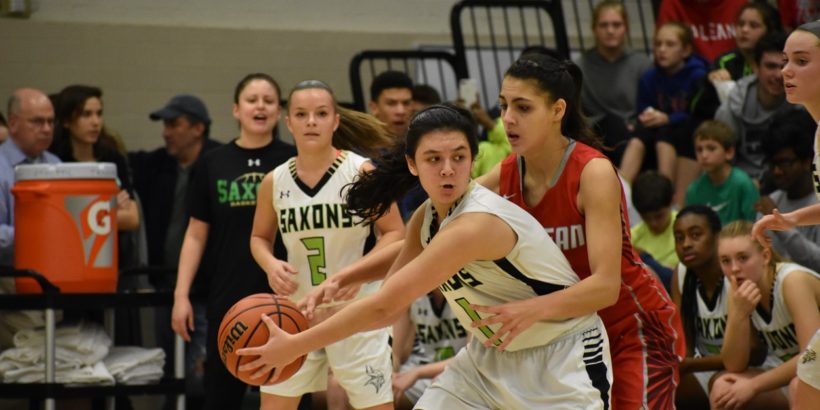 Senior guard Jordyn Callaghan scored 14 points to go along with a team-high six assists and five rebounds to lead Langley (2-0, 9-3) to a Liberty District home victory over rival McLean (0-2, 5-8).

As usual Callaghan, a McDonald’s All-American nominee, served as the Saxons’ catalyst, but she had a lot of help. Ten Saxons scored, while Callaghan’s fellow seniors Emily Shively (12 points) and Rana Azad (nine points) were extremely efficient on offense. You could say that of the entire team, as the Saxons shot 57% from the field on the night.

Defense was also key for the Saxons. After a close back-and-forth first quarter Langley led 15-13. At that point Coach Amanda Baker’s team seemed to up its defensive intensity, holding McLean to 12 points total the next two quarters combined. The Saxons forced turnover after turnover, often leading to lay-ups in transition. Langley led by 14 after three quarters and the victory was essentially sealed.

It was a satisfying victory for the home team, who before the game also honored Baker earning her 100th career win at the school.

For the Highlanders, who were playing without key guard Brooke Barlow, Kaela Moskowitz led the way with an impressive performance. She had a double-double with 13 points and 10 rebounds. Sophomore shooting guard Elizabeth Dufrane added nine points.