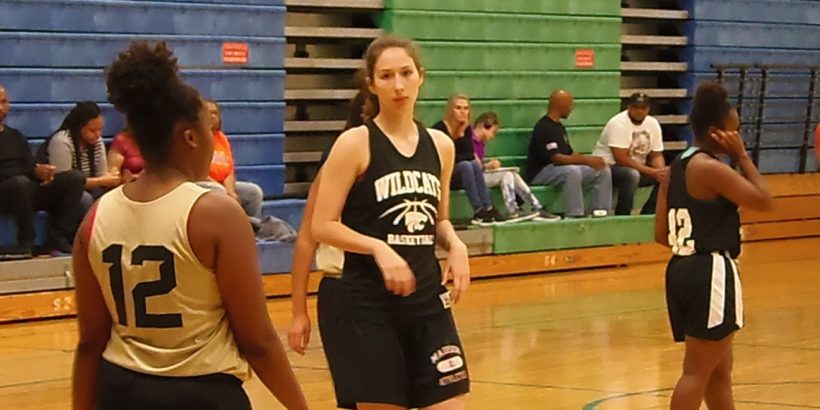 Despite losing powerful Herndon and ascendant Robinson, the Concorde District again figures to be among the area’s best in girls basketball. What makes the district interesting is that you could make a case for almost anybody to win it come tournament time–the gap between fifth and first place might very well be minimal. That makes for some good competition, and while the Concorde lost a lot of individual talent with the Class of 2017’s graduation, it is very likely new stars will emerge to carry their teams come February.

If you were to pick a favorite, you might settle on the Centreville Wildcats simply because they return most of their lineup intact. CC Conklin is a substantial loss, but Tom Watson’s team returns senior post player Callie Doyle and fleet junior guard Ashley Martin. You might not consider those two to be dominant players based on the 15 ppg between them last year, but both have improved and their stats last year were somewhat deflated by Centreville’s deliberate pace and defensive style. They’re both very good bets to be first-team district performers this year.

The Wildcats aren’t just Doyle and Martin, either. They return guards Aleigh Gambone, Ruth Axton and Tatiyone Clagett from last year’s roster–all rotational players who provide experience, shooting and athleticism. Forward Kaiya Hall got significant minutes as a freshman last year and could be ready to step up her production. Last year’s team was inconsistent but featured upset wins over Chantilly and Herndon. This year’s edition needs only to find more consistency to figure as a major factor not only in the district, but the region.

The new kids on the block are the Madison Warhawks, who should be just fine in the competitive Concorde after decades of play in the Liberty. “I was raised in the Liberty playing and coaching there forever but we’re excited,” Warhawks coach Kirsten Stone says. “It’ll be a fun district with some really good competition. Oakton is already a tremendous rivalry.”

Madison has the firepower to succeed this year although Stone concedes her team lost a good deal of talent.         “[Point guard] Morgan Simpson is a huge loss with the leadership she provided,” she says. “Ashley [Sullender] was with us for four years. Megan Miskell, too–we do have some holes to fill.”

Still, the Warhawks have an established program and a lot of returning talent. Katy Sharon averaged around ten a game last year as a junior, filling it up from three-point range and leading the Warhawks in scoring. Sophomore Caroline Trotter and junior Sarah Conforti averaged almost 13 a game between them last year as underclassmen. Seniors Dianna Miskell and Ellie Heider are also rotation players that return. There’s little doubt Madison will play with intensity on most nights and play solid defense.

The key might be at the point, where Simpson’s loss will be felt. Sharon can and will handle the ball some but she’s too valuable as an off-the-ball scorer to handle full-time point guard duties. So the key player on the roster might end up being promising sophomore Tedi Makrigiorgos, who garnered more playing time as last season wore on. If she can stabilize the position by year’s end, it’s a decent bet the Warhawks can duplicate or perhaps even better their second-round regional appearance.

We asked Fred Priester who will be playing point guard for the Oakton Cougars this year and he told us he would let us know as soon as he did. Kailyn Fee is gone at that position, as are fellow Division I players Maddie Royle and Delaney Connolly. Freshman starter Meghan Kenefick is also gone after transferring to Paul VI in the offseason. So, we can safely count the young Cougars out of the Concorde race, right? Right?

Uh, no. As is always the case Priester still has a ton of talent to work with. There’s a lot of questions to be answered, for sure, but Oakton should be extremely dangerous by season’s end. The Cougars have size down low and the potential to pound the post and control the boards with six-footers Peyton Perine and Kate Vietmeyer. They can play defense as well, recently holding Colgan to four points in a Fall League game. Those two positives can keep the Cougars in the mix on most nights and when it counts most.

But can they score? That remains to be seen. Senior swingman Mina Mori forced her way into the starting lineup last year mostly for her impressive defense, but she seems capable of averaging double digits. Sophomores Lauren McMarlin and Grace Meshanko return after getting valuable experience on the roster last year and in the offseason. As always, Priester has other options as well with the deepest pool of public school talent perhaps in the region.

Will it be enough? We don’t know, but we heard Priester in a press conference after his loss in the State Finals say his team might be able to surprise the doubters next year. Who are we to disagree?

The Chantilly Chargers lost over 40 points a game in scoring from last year’s talented squad, so expect them to take some lumps early on. But by the second half of the season the Chargers might be a team no one wants to play. Senior wing Claire Roberts scored seven a game last year and must step up as the team’s number one scoring option this year. She’s a great building block for Coach Kurt Sporkmann to rely on. Senior forward Ashley Francis (3.8 ppg) also returns, but Sporkmann will have to hope younger players can carry a fairly significant amount of the load. Fortunately he’s got one of the better freshman classes in the region, with promising post player Meghan O’Brien and guard Megan Baxter good bets to log major minutes.

Like Oakton and Madison, the Chargers have some questions at the point. Versatile junior Jiyun Chae (3.2 ppg) will get a look there, as will Baxter and Paul VI transfer Mikaela Brunais, who played on the Panthers’ formidable JV squad last year. All of them will likely log important minutes. Assuming the Chargers rebound and take care of the ball and Roberts can become a reliable scorer in the clutch, expect them to get better and better as the year wears on.

Noel Klippenstein had a pretty solid Westfield Bulldogs team last year, but it was buried behind powerful Oakton, Herndon, Chantilly and Centreville in the Concorde. Her team loses leading scorer and post presence Tori Martin, who has taken her skills down I-95 to Mary Washington, but there’s a lot of optimism the Bulldogs can take a step up in Klippenstein’s second year at the school. How far up remains to be seen, but it’s hard not to be optimistic.

Two major reasons for optimism this year return off last year’s squad. Senior guard Nicole McNamara averaged double figures last year as the team’s second-leading scorer. With the Bulldogs figuring to be a little more guard-oriented this year, McNamara could very well lead the Concorde in scoring. Sophomore forward Kirah Johnson also returns after an extremely successful initial campaign. The athletic Johnson improved rapidly last year, garnering more and more playing time as the season wore on. By the end of the year she was scoring consistently and was the team’s best rebounder.

Westfield figures as a program on the rise, but Klippenstein will be challenged this year finding compliments for McNamara and Johnson. There’s youthful talent, and six seniors apart from McNamara figure to return, so the Bulldogs have options. If enough of those options step up, the rest of the Concorde will find Westfield to be a very tough out.