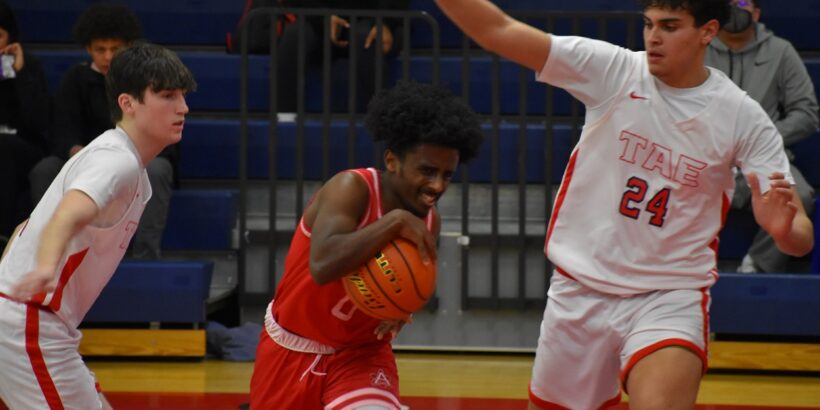 In a National District Tournament semifinal at Edison, senior Michael Montano-Best had 18 points and 10 rebounds, and the Eagles defense held Annandale to under 25% shooting from the field. The result was a 56-40 Edison victory.

Edison’s zone defense prevented Annandale from getting good looks at the basket for most of the night. In the first half the Atoms only shot 4-21 from the field and trailed by seven at halftime, 21-14.

Edison was fine the rest of the way, expanding its lead and knocking down free throws when necessary. The taller Eagles did most of their damage inside, only making two shots from beyond the three-point line.

Junior William Marik added 12 points for the Eagles (15-7), who move on to face undefeated Hayfield in the National District Championship on Friday. Chirchi had 13 rebounds, while senior Aaron Boyd added seven points off the bench.

Annandale (14-8) will join Edison in the regional tournament next week. The Atoms were led by Lanham, senior point guard Leoule Yared, and junior swingman Andrew Nields, who combined accounted for 35 of their team’s 40 points.