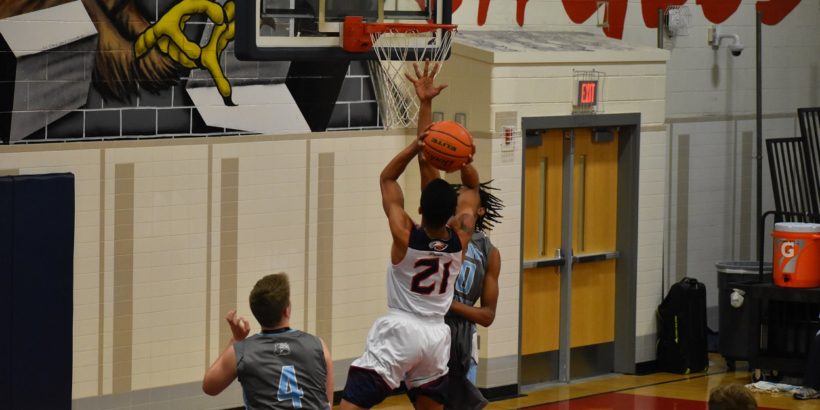 Edison guard Marquis Washington bullies his way to the rim for two of his 29 points.
Share List

Senior guard Marquis Washington scored 29 points and grabbed 12 rebounds as the Edison boys advanced to the 5C Regional Final and secured a berth at states with a 65-51 home victory over Stone Bridge.

The Eagles led most of the game but saw their lead whittled to three points after three quarters. The visiting Bulldogs, not known for their rebounding, were aided by five points off offensive rebounds in the third quarter.

They could get no closer than that the rest of the way, however. Washington scored eight straight points for his team at one point, six off free throws, staking his team to a 47-39 lead. A few minutes later an “and one” drive by sophomore guard Jared Clawson got the lead up to double digits, and the Eagles never looked back.

Clawson added 12 points and junior guard Nathan Hester 10 for the Eagles (20-7), who advance to battle Wakefield for the fourth time this season in the Regional Title Game this evening. Senior forward Omar Hussein had a solid showing off the bench, contributing six points and eight rebounds.